Our purpose is to gather readers and writers of all genre fiction; including mystery, suspense, romance, thriller, horror, sci-fi, fantasy and paranormal etc. 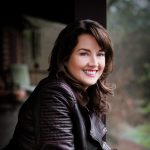 Sherrilyn Kenyon is a #1 New York Times and international bestselling author who has become one of the most popular and influential authors in the world. with dedicated legions of fans known as Paladins.  Since her first book debuted in 1993 while she was still in college, she has placed more than 80 novels on the New York Times list in all formats and genres, including manga and graphic novels, and has more than 70 million books in print worldwide. Her current series include: Dark-Hunters®, Chronicles of Nick®, Deadman’s Cross™, Black Hat Society™, Nevermore™, Silent Swans™, Lords of Avalon® and The League®. 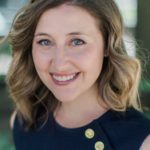 Kathleen Barber is a former attorney, incurable wanderer, and yoga enthusiast. Originally from Galesburg, Illinois, she is a graduate of the University of Illinois and Northwestern University School of Law. She now lives in Washington, DC, with her husband and son. Her first novel, Truth Be Told, originally published as Are You Sleeping), has been adapted as a series for Apple TV+ by Reese Witherspoon’s Hello Sunshine media company. Follow Me is her second novel. 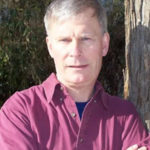 James Grady has published more than a dozen novels, a handful of short stories, and worked in both feature films and television. His first novel, Six Days of the Condor, was made into a classic Robert Redford movie. Grady’s been both a U.S. Senate aide and a national investigative reporter. Grady’s writing honors include France’s Grand Prix du Roman Noir (2001) and Italy’s Raymond Chandler Medal (2003). He has two children and lives with his wife inside Washington, D.C.’s beltway.